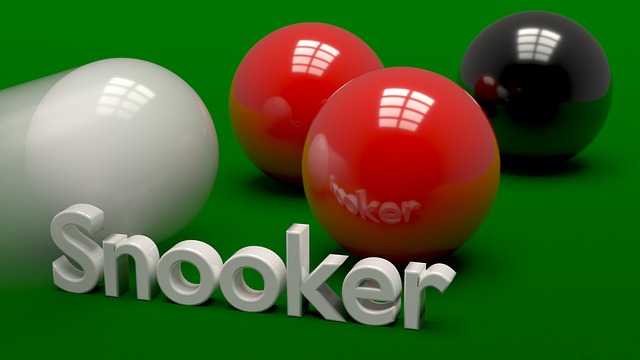 Snooker is a single player or team sport in the genre of cue or billiard sports. Not to be confused with pool or Carom billiards, it is played on the largest table of 12 feet and has completely different rules. Developed in the 19th Century by British officers in India, it also has a completely different history to that of pool. It is the most popular of the billiard sports in the United Kingdom and there are a large number of high-level championships revolving around this sport

First there is a large green felt covered table. There are pockets in each of the four corners with two additional pockets halfway down the longest sides. A number of balls are present with one white ball, 15 red balls and 6 additional balls in the colours green, yellow, blue, brown, pink and of course, black, all with different point values. The final item is a cue, a long wooden stick with which to push the balls.

Snooker can be a two player, doubles or even team player game. The aim of the game is a simple one. The white ball is used to strike the other balls into the pockets. Each time a ball is ‘potted‘ there is a specific score. The player or team that can score the highest points wins. 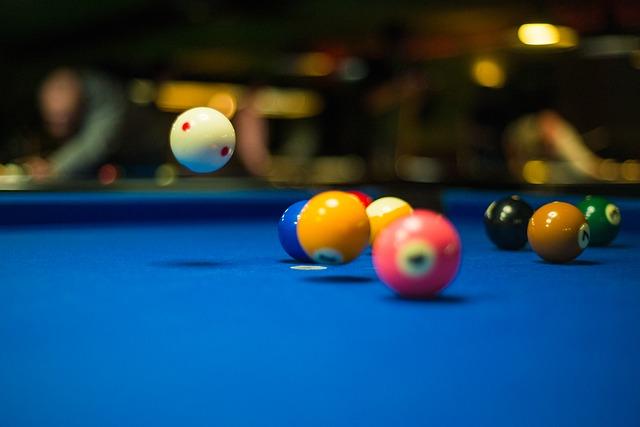 Each game is called a match. This is made up of an odd number of sections called frames. Each frame starts with the balls being set up in a triangle that only comprises of the red balls and the pink sits at the triangle’s apex though it mustn’t touch it. The other coloured balls are placed around the table in specific designated spots. The frame finishes when all the balls have been potter or if a player concedes due to being unable to catch up the points score. The match as a whole will end when a player has won most of the designated frame sets.

Gameplay starts with the ‘break-off shot’, which is when a player uses the white ball to hit and separate the red balls across the table. After this the players take turns to shoot the cue ball at the other balls on the table into the pockets. Each turn ends when the player commits a foul and the next player will step up. If a red ball is potted than a ball of a different colour has to be next, then a red, then a colour and so forth. Each time there is a specific ball that needs to be hit, this is named as being ‘on’. The other balls are therefore ‘not-on’.

There are a number of fouls that can be made during gameplay. Here are some of the more common fouls:

Sometimes even two balls potted simultaneously is also counted as a foul though if red is ‘on’ then multiple balls in this colour can actually be potted which is within the rules of play.