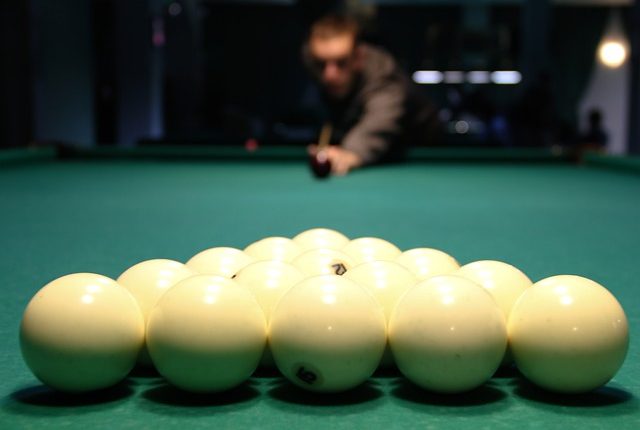 Snooker is an incredible, very entertaining sports. While most may think it’s a sport where you just pot the balls there’s far more to it than just that. Snooker involves great analytical skills and a strong strategy to win you games. Often a bad decision can cost you the game as your opponents will punish you for your mistakes.

Shaun Murphy: born in Harlow, UK, Murphy became a professional player in 1998 shocking everyone winning the World Championship title in 2005. Murphy has also won tournaments such as the Malta Cup in 2007, the UK Championship in 2008 and reaching another World Championship final in 2009. He has won over 3million in prize money in his career. Murphy’s highest world ranking was number three, keeping that spot for three seasons.

Neil Robertson: Robertson is an Australian snooker player becoming professional in 1998 and reaching the third qualifying round for the World championship in 1999 when was just 17 years old. Winning his first UK Championship title in 2013 against Mark Selby, Neil became the first Australian player to win the Triple Crown. The Australian won the 2010 World Championship and became the world’s number one player in the same year.

Stephen Hendry: This Scottish player dominated the 90’s, being the youngest-ever player to win the world championship at the age of 21. Hendry is a legend in the sport, winning seven times the World championship, being number one for eight consecutive seasons and also having the most world ranking titles. Hendry is considered by most as one of the best Snooker players only second to Ronnie O’Sullivan.

Ronnie O’Sullivan: “The Rocket”, as is commonly known, is an English professional player and is said to be the greatest player ever to exist in the sport’s history. He received his nickname due to his incredibly fast playing style and quick thinking, being able to play with both the right and left hand. Due to his peculiar behavior and temperament, O’Sullivan has abandoned the sport in multiple occasions and even threatened to retire. Although having less titles than Stephen Hendry, O’Sullivan is still regarded as the best due to competing in a era where snooker as a game has much greater players than in the early eras. He has won 28 ranking titles and has over 8 million in prize money.

John Higgins: Higgins was born in 1975 and is a professional player from Scotland. He has won 28 titles, which include four World Championships and is known to many as one of the best players in the modern history of the sport. In 2010, Higgins was apparently seen arranging to lose specific frames in exchange for money. Higgins was cleared of match-fixing allegations but was banned nonetheless for six months and was fined for 75,000.

Judd Trump: Trump is a professional snooker player from Bristol, nicknamed “The Ace in The Pack”. He turned professional in 2005 and won his first ranking title in 2011 beating Mark Selby in the final of the China Open. Trump reached the World Championship final in 2011 where he was beaten by John Higgins. Trump’s fearless play always provides for good entertainment being one of the crowd’s favorite due to his incredible long pots.