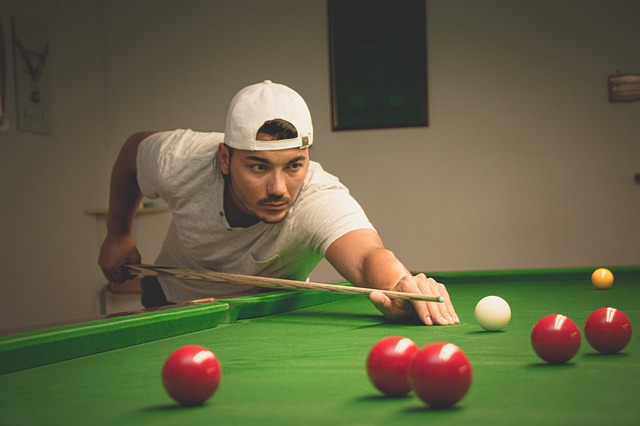 Aiming line: This is an imaginary line from the centre of the ball to be hit straight into the pocket it is being aimed at.

Angled ball: This is a cue ball that is siting in the open mouth of a pocket in such a way that it cannot be struck with the cue directly.

Baize: This is the woolen or felt cloth that covers the base of the table on which the game is played.

Ball: This is a spherical resin object that is used to play the game. In snooker there are twenty-two balls on the table.

Black ball: Also known as ‘the black’, this is the highest value ball on the table and is worth seven points. American Snooker will actually place the number seven on its surface.

Break: This is the first shot taken in Snooker and is used to ‘break’ up the triangle of balls placed at the opposite end of the table to the cue ball.

Bridge: This can be either a wooden structure or the hand of the player and is used to raise up the end of the pool cue when trying to take a particularly difficult shot.

Century: Also called a century break, this is when a break creates one hundred or more points. To do so the player has to pot a minimum of twenty-six consecutive balls.

Chalk: This is a powdery substance that is used to coat the tip of the cue making it less slippery by increasing the friction between it and the ball’s surface. 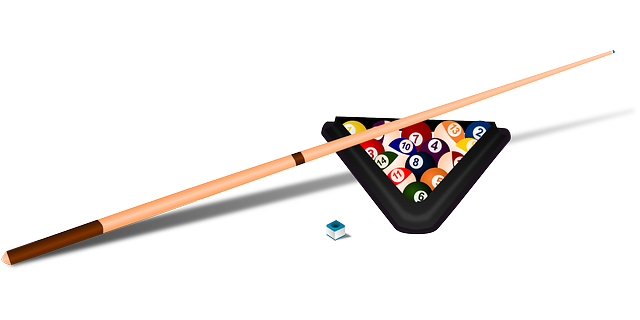 Cue: This is a wooden or fiberglass stick of between 55-60 inches in length. The end is covered in material to create a tip with friction. This is the implement used by player’s to strike the balls into the pockets.

Cushion: These are the edgings around the edge of the table. Usually made from a type of rubber, they cause the balls to rebound when sticking their surface.

Dead ball: An older, more used ball with a dirty surface. It will not be as fast on the table and can affect the way other balls move when they collide with it.

Fluke: A shot that had a positive outcome for the player who made it but the result was not what the player had intended.

Foul: A violation of the rules of the game.

Frame: The period occurring from breaking to a player winning. A match is made up of multiple frames.

Match: The whole competition between two players with a specific number of frames.

Miss: The moment a player acquires a foul by missing the ball entirely.

Pocket: An opening in the sidewall of the table, into which the balls are aimed.

Pot: To sink the ball in the pocket.

Rack: Setting up the balls for the start of the game and the break shot.

Shot: The turn of each player to use the cue to strike a ball potentially into a pocket.

Sink: As with pot and pocket, to land the ball in one of the pockets.

Snooker: To place the cue ball in such a way that the opposing player is unable to get a clean shot in a straight line at the ball they are required to hit.

Whitewash: When a player wins every single frame in a match with their opponent winning none.